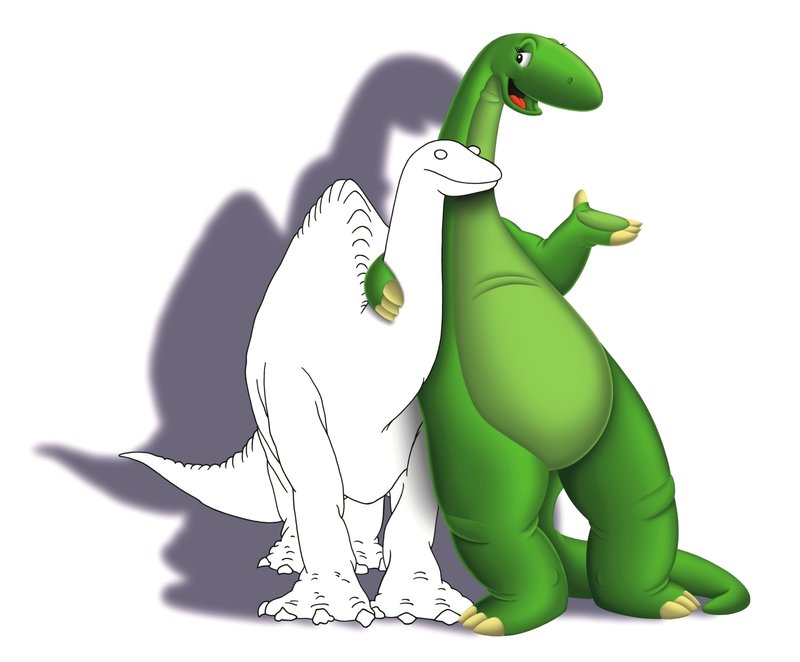 Originally created in 1914, the same year as early black and white, silent film Birth of a Nation, and fourteen years before Mickey Mouse's arrival, Gertie the Dinosaur is a film legend that needs to be re-birthed in the public consciousness. Forgotten for over 100 years, Gertie the Dinosaur and her incredible story are prime for a second coming to reclaim her title as the Original Cartoon Star. 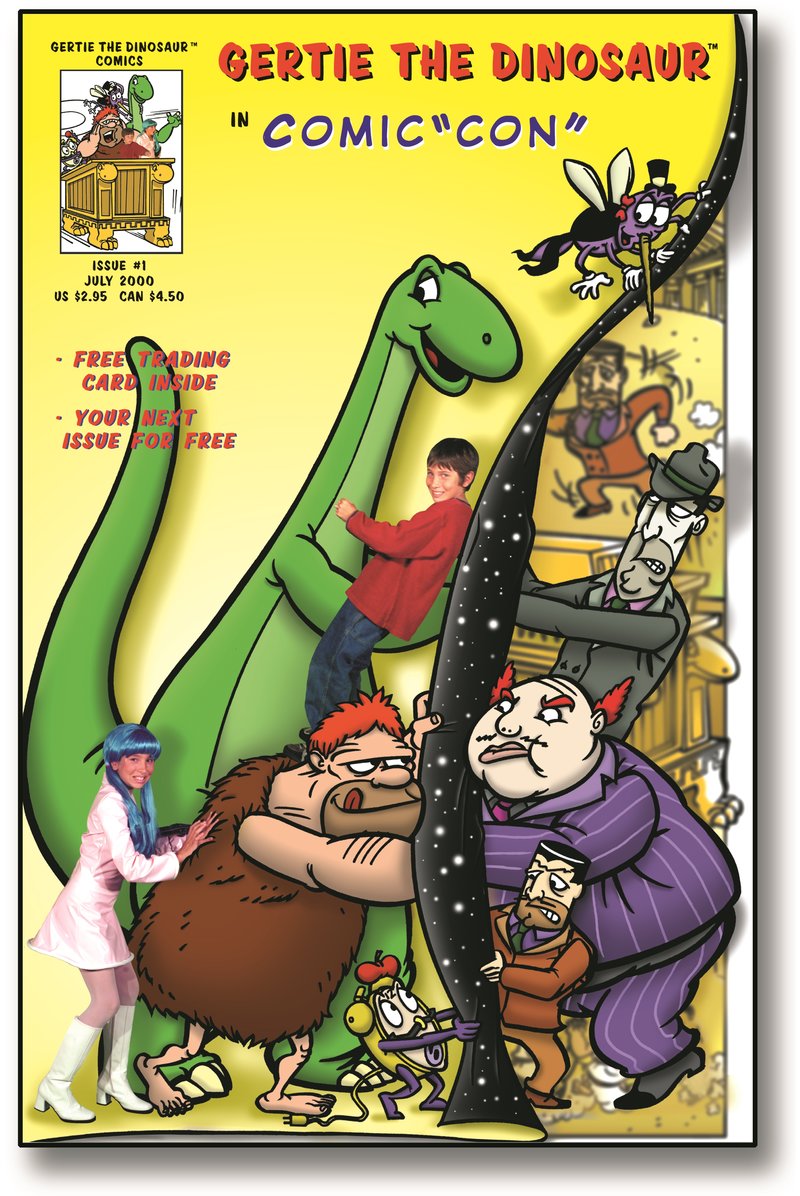 Branded products and apparel were created, including an imaginative, fun comic that was publishedin 2000 about Gertie and her live action friends (my kids) interacting with cartoon characters in a cartoon world. We represented Gertie the Dinosaur at many Comic Book Conventions, Children’s Events and Library Days over the years and gave out signed comic books to kids and fans.

Up until 2001, we had production offices in Los Angeles and later in Huntington Beach until 2010. The project has been represented at a large Hollywood agency and has at other times been tied up with independent Producers and Film and Television Studios.

This Gertie the Dinosaur project has been designed and pre-produced by artists and professionals with credits on films such as Jurassic Park: Lost World, Mars Attacks, Beauty and the Beast, Aladdin, The Iron Giant, and studios including Walt Disney, DreamWorks, Warner Brothers, Industrial Light and Magic, Fox, Nickelodeon, and more.

Gertie the Dinosaur was originally a travelling Vaudeville performance created by Winsor McCay in 1914.  Winsor would stand on stage in front of a huge, projected Gertie and perform a trained animal circus act with her.  He would use his whip and direct Gertie to perform all of his commands. 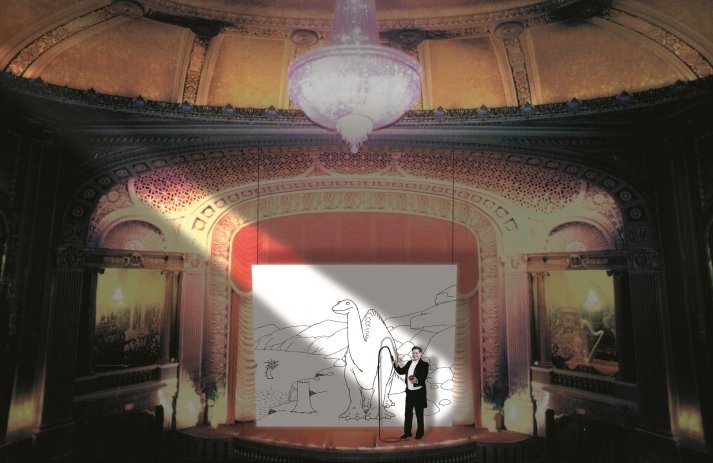 Gertie the Dinosaur was originally a travelling Vaudeville performance created by the famous      political cartoonist, Winsor McCay, in 1914. Winsor would stand on stage in front of a screen as a  huge, Gertie was projected behind him and the duo performed a trained animal circus act together.  Winsor, dressed in his tuxedo, would use his whip to direct Gertie to perform all of his commands,  interactively.

Winsor McCay's employer, William Randolph Hearst, forced Winsor to cancel touring on the  Vaudeville circuit to be available at Hearst's beck and call. Not to be defeated, Winsor released a  version of his Gertie the Dinosaur performance with a prologue and subtitles to replace his  interactions with Gertie. Without the live interaction of Winsor, the film was hardly the magic of the Vaudeville show but it did allow the release of a Gertie the Dinosaur short film to the world. This was in fact the first animation of a dinosaur on the screen and an amazing artistic endevour, not matched until the Disney features, over two decades later.

Forgotten for over 100 years, Gertie the Dinosaur and her incredible story are prime for a second coming to reclaim her title as the Original Cartoon Star and to bring smiles to people around the world.

This is the Original 1914 released film of Gertie the Dinosaur that Winsor McCay released with his interaction replaced with title cards.